Number of units: Type of Co-op or Scheme:
CDS owned 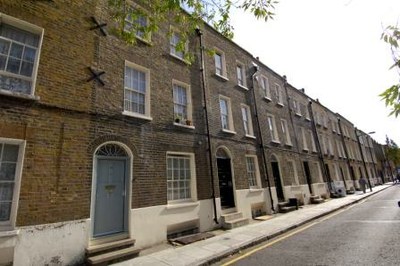 Sylhet issues secure and assured tenancies.  Sylhet was de-registered as a housing co-operative in January 2007. CDS now owns and manages the scheme.

Sylhet, formerly the New Sylhet Housing Co-op, was originally formed in July 1983 by a group of  residents, the vast majority of whom originated from the Sylhet region of Bangladesh.

After lengthy campaigning the co-operative purchased 34 multi-occupied, dilapidated houses in Parfett Street, Myrdle Street, and Jubilee Street in March 1986. Built at the end of the eighteenth century, the properties were in  poor condition.

By the beginning of stage four – the rebuilding of the properties in Myrdle Street, the co-operative was having difficulty maintaining its status as an independent co-operative. The majority of members wanted to remain a co-operative, but some wished to have their homes managed for them by a traditional housing association.

In May 1994 it voted to transfer its assets to CDS Co-operatives on the understanding that CDS would transfer ownership of the homes of those who wished to be managed by a traditional housing association to BGVPHA (14 of the co-op’s properties were transferred in 1996).

By this time the houses in Parfett Street and Myrdle Street had been Grade II listed. Funding was secured for stage four (phase one) from the Housing Corporation, English Heritage, Stepney Neighbourhood and the Heritage of London Trust and the refurbishment was completed in July 1998. Funding for stage four (phase two) came from the Housing Corporation, Heritage Lottery Fund and LB Tower Hamlets and this was completed and handed over in August 1998.

Contact Tower Hamlets Council who have 100% nomination rights for Sylhet.