Number of units: 45 Type of Co-op or Scheme:
Client Co-op 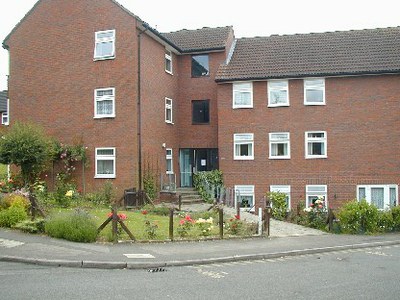 Barnwood’s Direct Repairs Line has changed to 07923 235 123.  You can also call our repairs team on the usual number

Barnwood Housing Co-operative contains mainly two bed flats, a few one bed flats and several one bed flats designed to be suitable for elderly residents. It is situated in the Park Barn area on the outskirts of Guildford, Surrey. The estate comprises 3 blocks of flats set in attractive and increasingly mature gardens which are maintained to a high standard. A number of the ground floor flats have their own private gardens and mobility access.

The estate was completed in the summer of 1985 and the first tenancies started in August of that year. After a two year training period for residents the co-operative became independent in October 1987 and has managed its own affairs ever since. Barnwood Housing Co-operative is an independent fully mutual co-operative; CDS Co-operatives continues to provide some management services to them.

All properties have fully fitted kitchens and bathrooms and electric storage heating systems with economy 7 off peak electricity for heating and hot water. The co-operative has replaced all the windows in UPVC in recent years which has improved heat insulation within the dwellings. The estate benefits from off street parking for all residents.

Local shops and schools serving the Park Barn area are a short walk away and a large supermarket has recently been constructed about a mile from the co-operative. It is conveniently placed for car travel to the south coast and is situated about a mile from the A3 for London which is approximately an hour’s drive away. Frequent trains to London Waterloo run from Guildford Station which is a short bus ride away.

Barnwood Co-op has a 50% nominations agreement with Guildford Borough Council. The co-operative maintains its own waiting list to fill the remaining vacancies when they arise.  To apply you must  register  for housing with the local council.